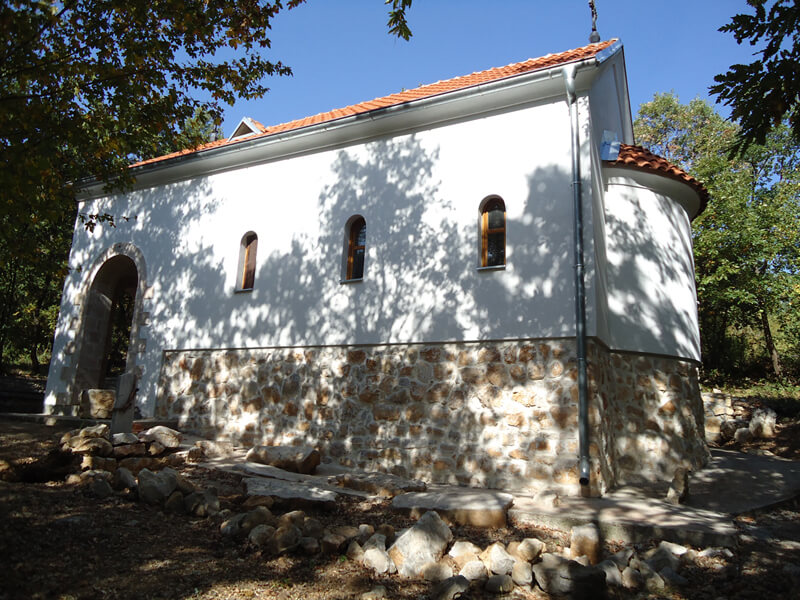 Conservation and Rebuilding of St. German’s Church in Blato Village near Pirot

Articles | Projects
At the initiative of the local government of the village of Blato and the former Fund for Urbanism and  Building from Pirot, the restoration of the Church of St. German at the archeological site known as the “Maglič crkvište” (church-Maglič, k.o.Blato) was initiated in early 2007. In front of the Institute for the Cultural Heritage Preservation Niš, as the principal and responsible designer, I prepared the appropriate documentation (the project of conservation and restoration works and reconstruction of the Church of St. German) and with the approval of the Serbian Ortodox Church and the Church Municipality of Kostur village, the project began at the beginning of September in 2008. 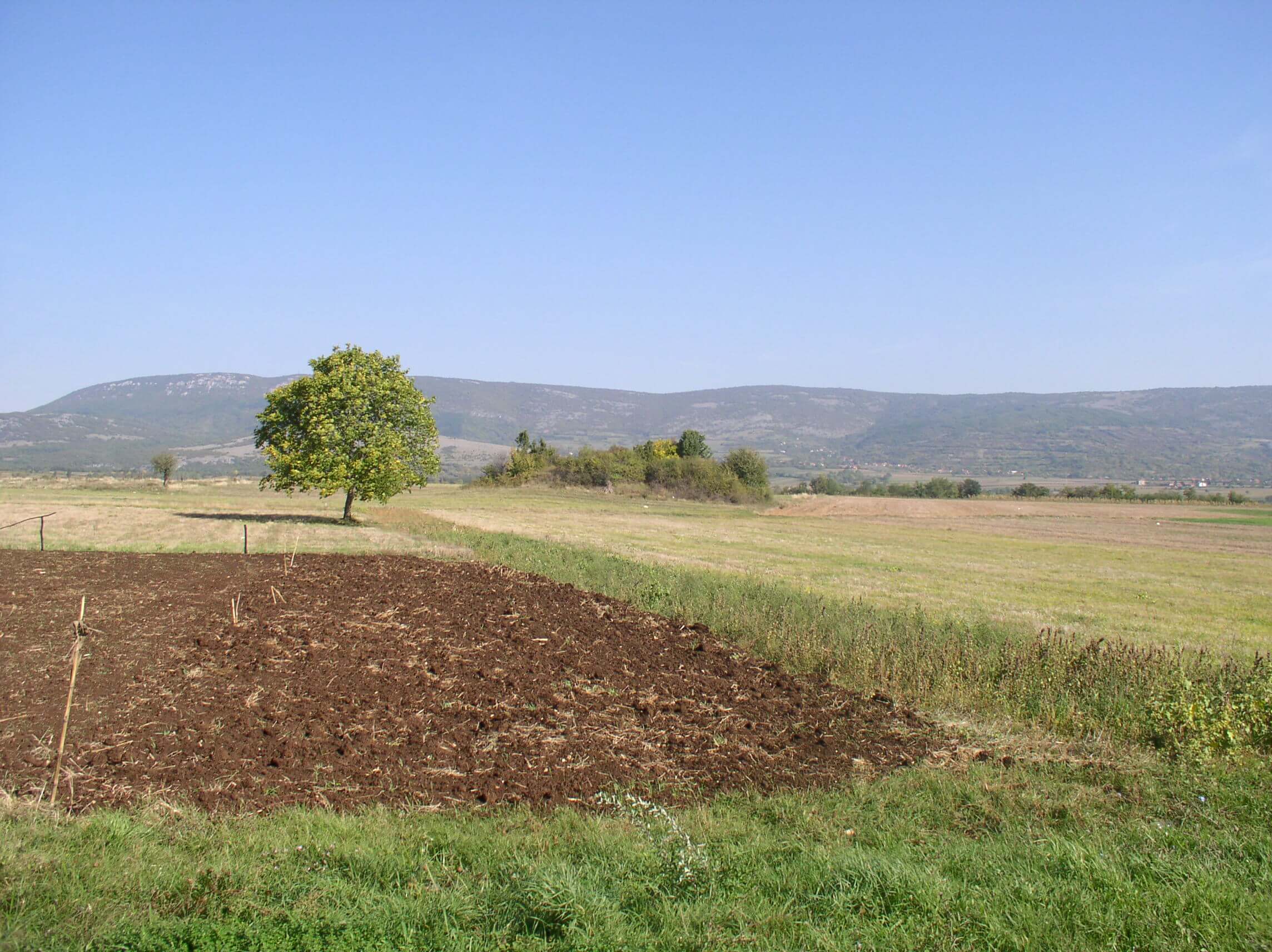 The village of Blato and its surroundings are known as one of the richest sites on the Pirot territory when it comes to archeological sites, and the “Maglič crkvište” site has been registered for several times during the reconnaissances of the terrain.According to the villagers, the remains of a church building were discovered for the first time just before World War II, when two pious women from nearby villages indicated the possibility of the existence of some monastery remains at the site. From that time until the beginning of the restoration works, the site was repeatedly excavated by treasure hunters, and in the 1980’s an improvised roof structure was erected over the visible remains of the walls. 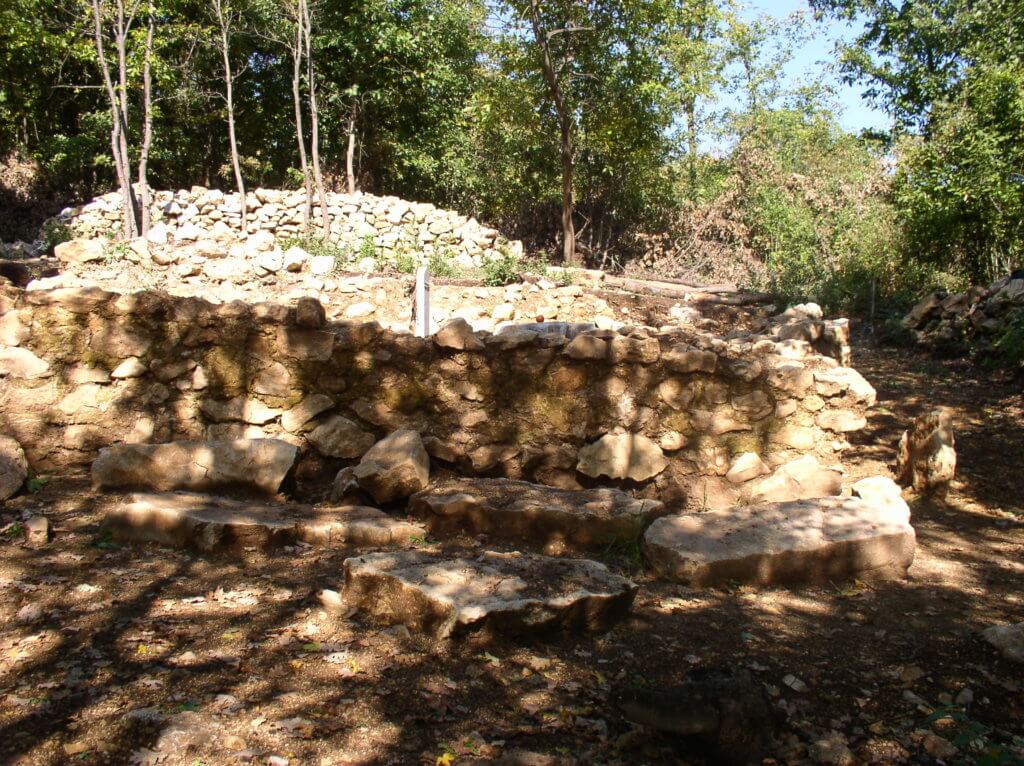 The building is located on a hill not far from the village of Blato. Several tombstones have been registered in its immediate surroundings, as well as a wall of significant length on the west side of the slightly sloping terrain on which the church is located. At the foot of the hill, there is a source, according to locals, of healing water. 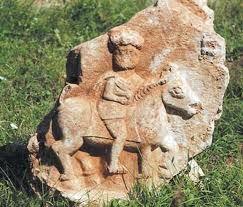 At the beginning of 2007, archaeological excavations were carried out on a slightly wider area than the church, dated to the period from 15th to the 17th century, occupied. It was stated that the discovered object was a single nave 7 x 5.5m in size, with a shallow arched apse, based on a rock.  The positions of the openings, as well as the type of original floors and roof structure, were not defined. The maximum preserved height of the limestone stone walls, with traces of lime mortar and mud, was approx. 1m, while their width was approx.90cm. Inside the building, in the altar area, there was a large limestone block measuring approx. 80/60/55cm, profiled on one side and one “obrok”(cross with inscriptions) made of concrete from a more recent history, while also a number of smaller crosses was discovered in front of the church on the west side, as well as one piece of cylindrical stone and “fresco” decoration fragments. During the excavations within the church walls, a “bar-relief” was found with a well-preserved depiction of a horsemen. The archaeologist Predrag Pejić (Museum of Ponišavlje, Pirot) was the head of the mentioned works. 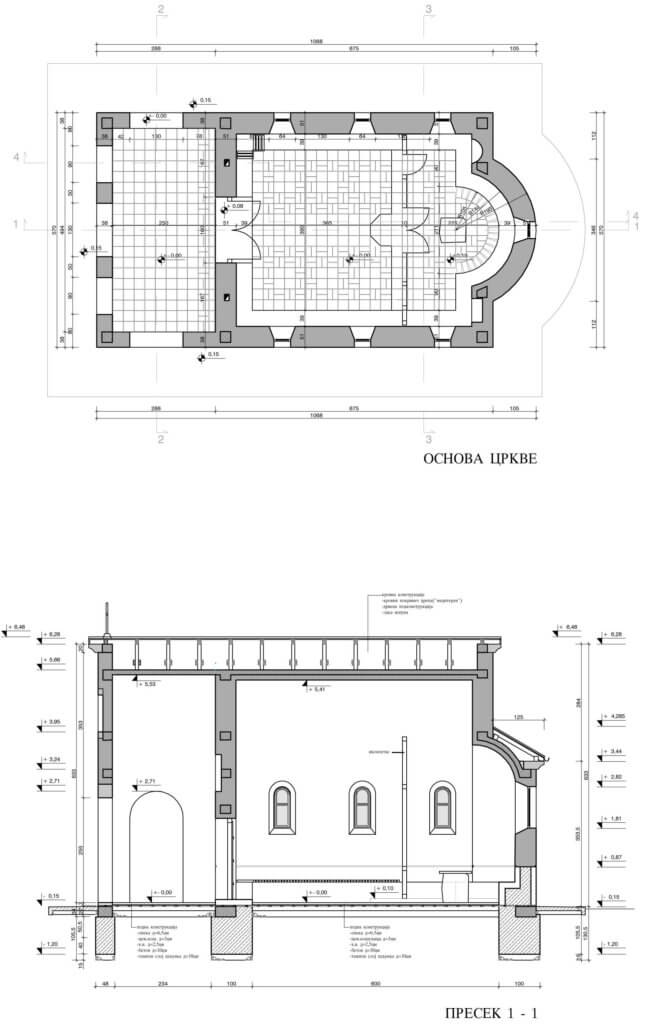 Given the modest data obtained by archaeological research regarding the architecture of the building, the problem was approached as it follows: it was decided for the existing walls  made of stone to be totally reconstructed since  they could not have been stabilized, and then the rest of the building was to be reconstructed with  a clear differentiation of the two phases (original materials and new materials). The walls were rebuilt in the existing dimensions, like two-face stone construction with a concrete fill, supported by reinforced concrete foundations. Only the stone found at the site was used, and the authentic masonry techniques and final appearance on the outside were respected in all details. The walls were rebuilt in full width to a height of approx.40 cm, measured from the zero elevation of the church floor, and then the width of 90 cm was reduced to 50 cm by moving the inner wall surface towards inside. At this level, conservation and restoration works were completed, then after the formation of joints of width 5cm and depth of 3cm, the masonry wall of 50cm thickness in full brick was continued to be constructed. 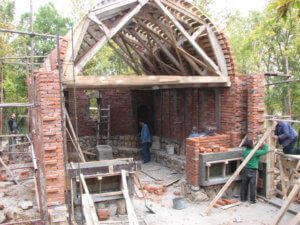 The finish of these walls was done with mortars and painted white. Three arched window openings were formed on each side of the nave and one in the apse, as well as two niches in the altar space, all constructed with bricks. Floor leveling was done to form the “solea”, and the flooring was made of brick in two formats, 25/12/6.5cm and 25/25 /6.5cm. The aforementioned stone block was erected on the place of the altar table. On the west side, the size of the total araea has been increased by the formation of porches with arches made of blocks of limestone (bigar), the walls were made of solid brick, 38cm thick. In the western wall of the church, niches for burning candles were formed on the porch on the both sides of the main entrance. 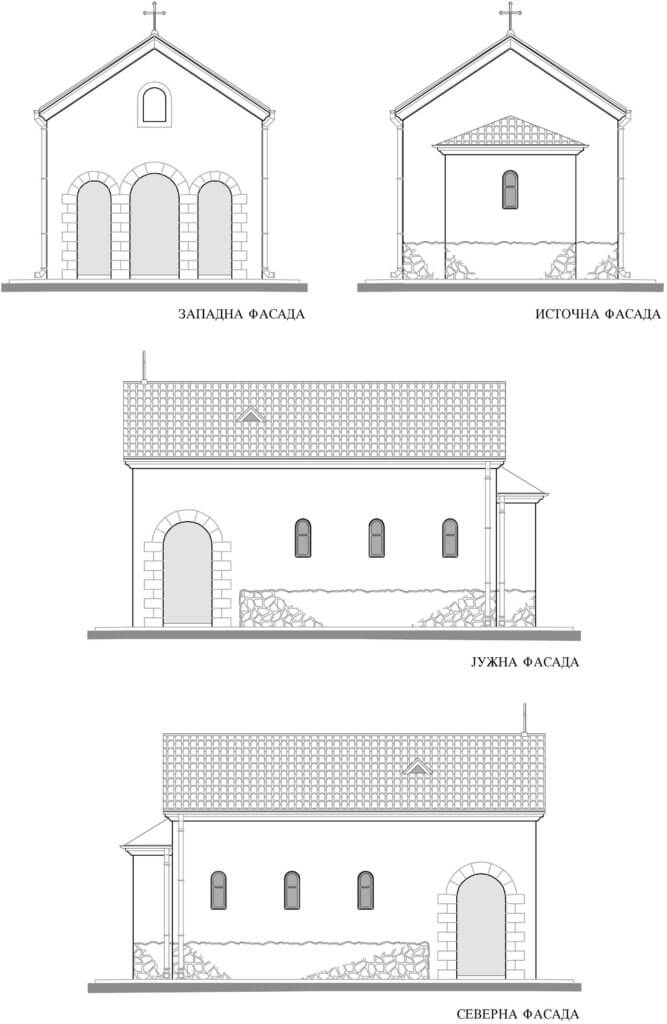 The roof structure was constructed in a a form of a vault, made od reinforced concrete with a solid brick interior lining and then plastered. The roof covering is made of roof tiles. All façade joinery is made of oak, while benches are formed in the interior of the building on the wider part of the wall by laying pine beams over the stone wall. 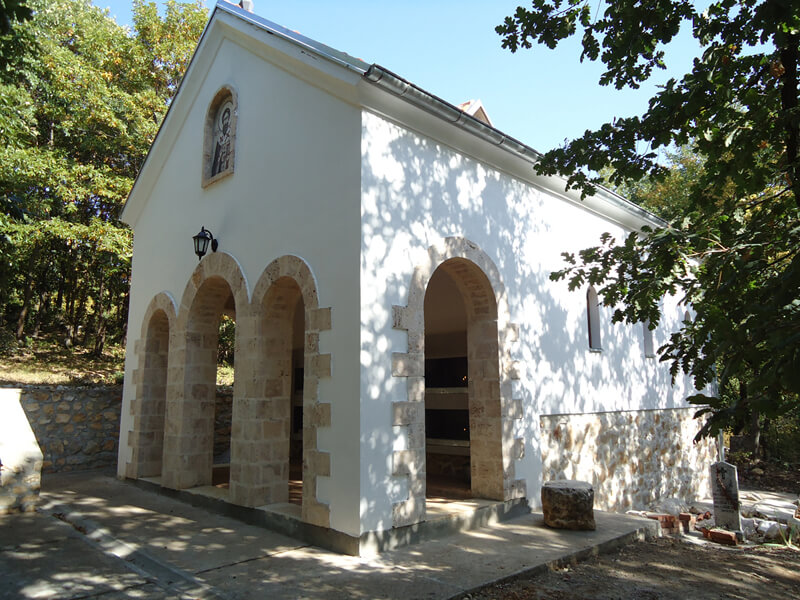 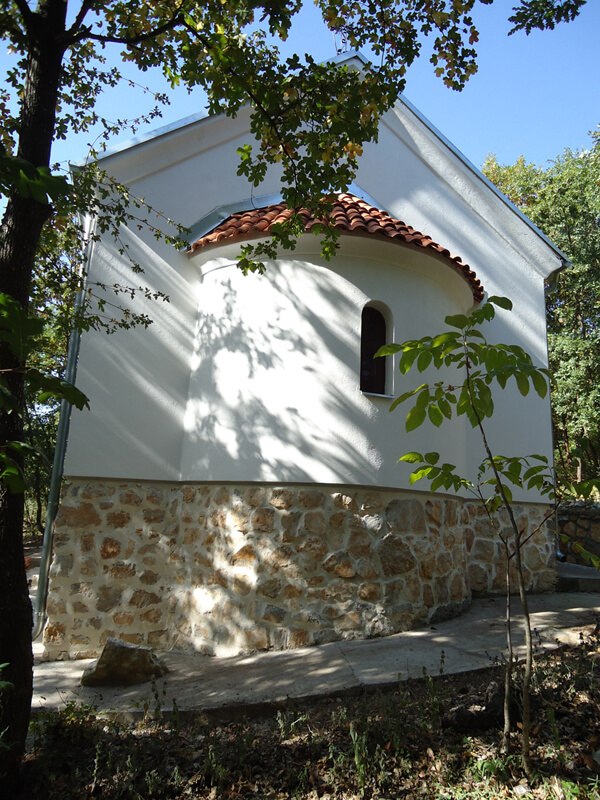 The works were completed by the end of 2008, the church is in use today, to the delight of many locals and visitors. 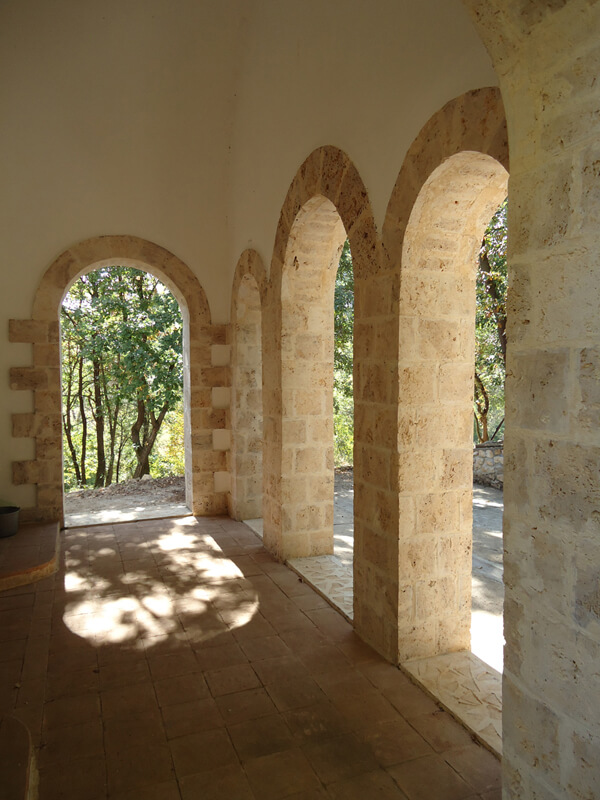 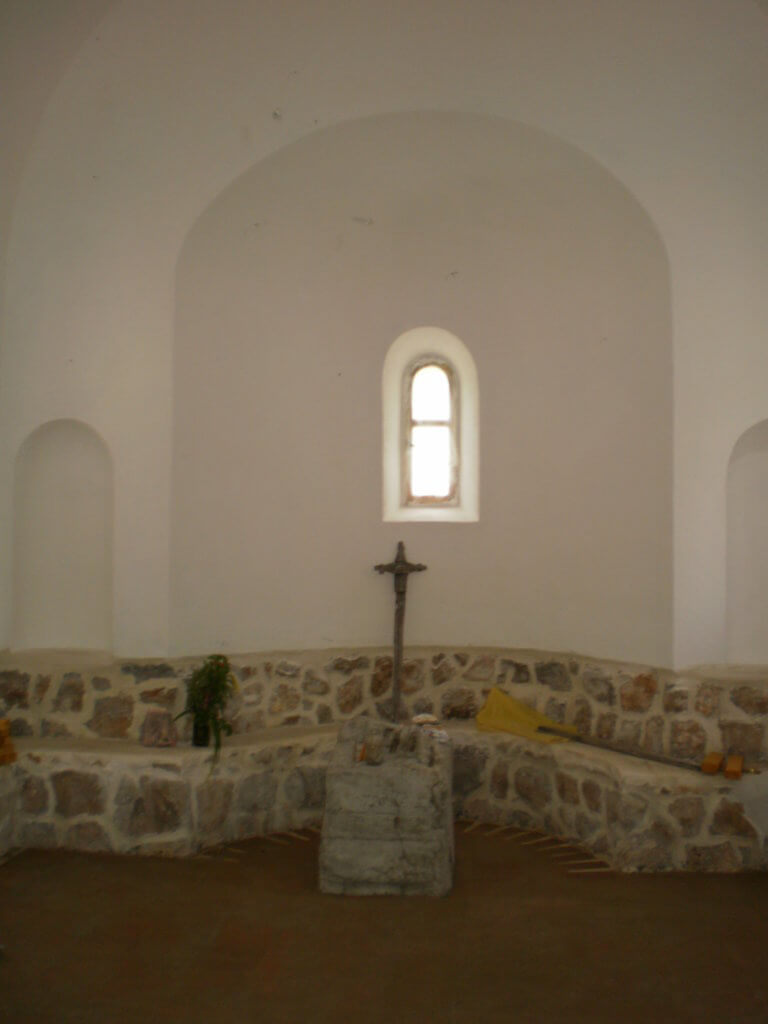