Heritage in our hands

What is cultural heritage for you?

Contemplating on European cultural heritage assumes simultaneously observing the complexity of the duration and intertwining of centuries and the millennia, numerous peoples and civilisations, and at the same time the simplicity of the feeling of continuity as well, contained in every sensible human being living in this area.
The fact that heritage is all around us and a part of our lives, and hence, that all us also have to belong somewhere and to something, are key to its understanding and preservation, whether we are speaking about a private legacy, a piece of personal history, or national cultural monuments or collections.

Which historical periods and events from Serbian history are important for you and interesting from the point of view of a shared European cultural space, shared history?

I generally don’t approve of using commonplace expressions and terms such as “Serbia at the crossroads of the East and the West” and the like, but it is a fact that this area of ours was truly throughout history a battlefield of great turbulence and turning points, that the mighty West and the great East came and went away, seeking and finding their interest precisely in our country and that this is still ongoing. Hence, our and European history are a single inseparable entity.

There are bright moments in our history when our creators while upgrading their qualities and skills using the knowledge and experience of other civilisations and nations succeeded in ascending high above their role models and teachers, but also above their own time, and this is what should represent our pride and inspiration for the future.
There are such examples in all spheres of life, and there were many more in the long and rich culture of Serbian people.

In what way will your institution participate in marking the European year of cultural heritage?

From the first contact with heritage, across numerous experiences, as a student, associate and director of the Institute, to being a founder of a non-governmental organisation, I cannot abandon the impression that our heritage is definitely the most secure in the hands of the youth.

Symbolically, one of the educational programmes of UNESCO, intended for people up to 26 years old, concerned with volunteer camps across the globe, bears precisely this name – “Heritage in our Hands”. This is where all the wisdom is, and all our past and the bright future, in the hands of those who will be making decisions in the years to come. Several key moments are contained precisely in that sentence. Firstly, a young mind desires knowledge and recognition, and the contact with heritage will satisfy both of these needs. Heritage is an inexhaustible source of information, and caring about it offers great satisfaction, awakens the awareness of its importance and creates an inseverable bond with something yearning for continuous attention and nurturing. Secondly, the energy borne by young people, especially at the beginning of their professional careers, is incomparable with anything else, hence channelling it into such a sensitive and important sphere of culture is certainly a great step towards a better future. And the third, and perhaps the most important was expressed through the wisdom of ancient philosophers and, in a way, it sublimes the previous two theses, and it is so easily applicable precisely to our story: to educate the mind, and not the heart, is worthless. There is no mistake with heritage, both aspects will be satisfied.

The Foundation of the Architect Aleksandar Radović is focussed precisely on young people, hence for us this year was also dedicated to programmes intended for them.

In March we awarded the second Award bearing the name of our esteemed colleague and one of the most fruitful conservators Serbia ever had. The Architect Aleksandar Radović Award was established precisely to support young creators who already had contact with heritage in their work or who are successfully and seriously dealing with these topics. 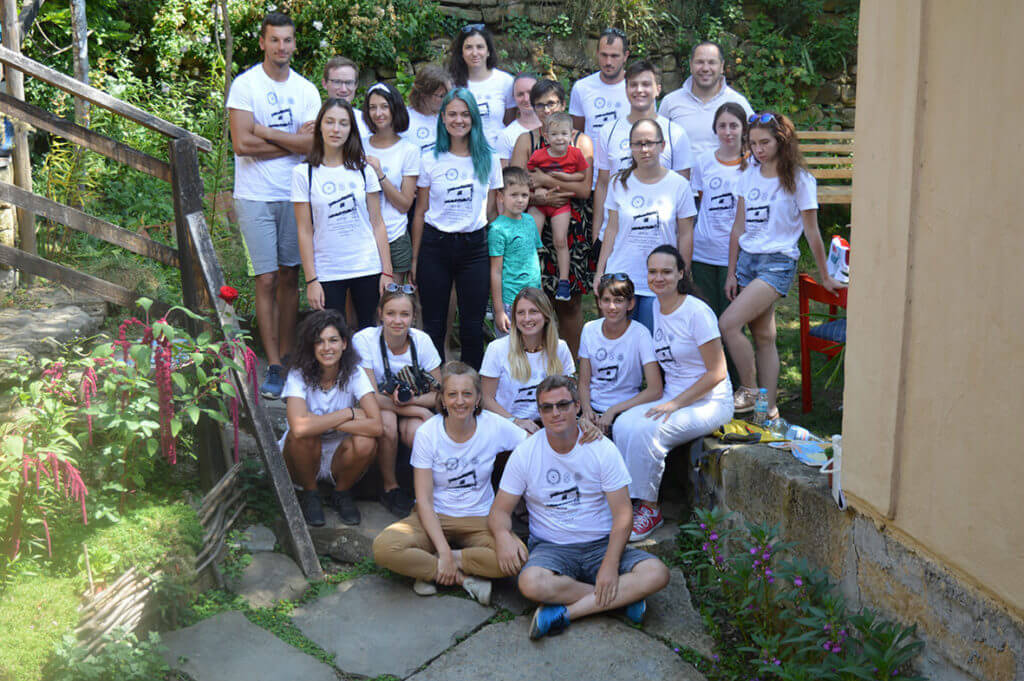 The recently completed two-week volunteer restoration camp bearing the name “Adopt a Household in Gostuša”, is a part of a great international programme encompassing 15 projects from 8 countries, and it was realised in cooperation with the organisation European Heritage Volunteers from Weimar in Germany. This is a project which had the mark of the European Year of Cultural Heritage 2018 both in Germany and in our country, and it represents the rounding of the several years long work on the so-called “stone village” on the Balkan Mountains. We started in 2010, conducted voluminous researches in 2012 and 2013 and systematised all the data within the Study which was published in 2015, and already in 2016 it brought the first Europa Nostra award and the Grand-Prix of the European Union.

The programmes for the youngest ones are expected soon within the manifestation “The night of researchers”, when we will present ourselves through educational games united under the title “Stories from the stone”, when we will present interesting facts from one of our most important archaeological sites, Caričin grad.

Of course, we placed the focussed throughout the year precisely on the European Year of Cultural Heritage through regular activities, and all of this with the desire to inform as many people as possible about the existence of such a programme and the fact that Serbia, in a way, participates as an equal in its, like other European countries, and also that huge financial means are not necessary to do this, and neither are great efforts, but instead that everyone can make their small contribution.