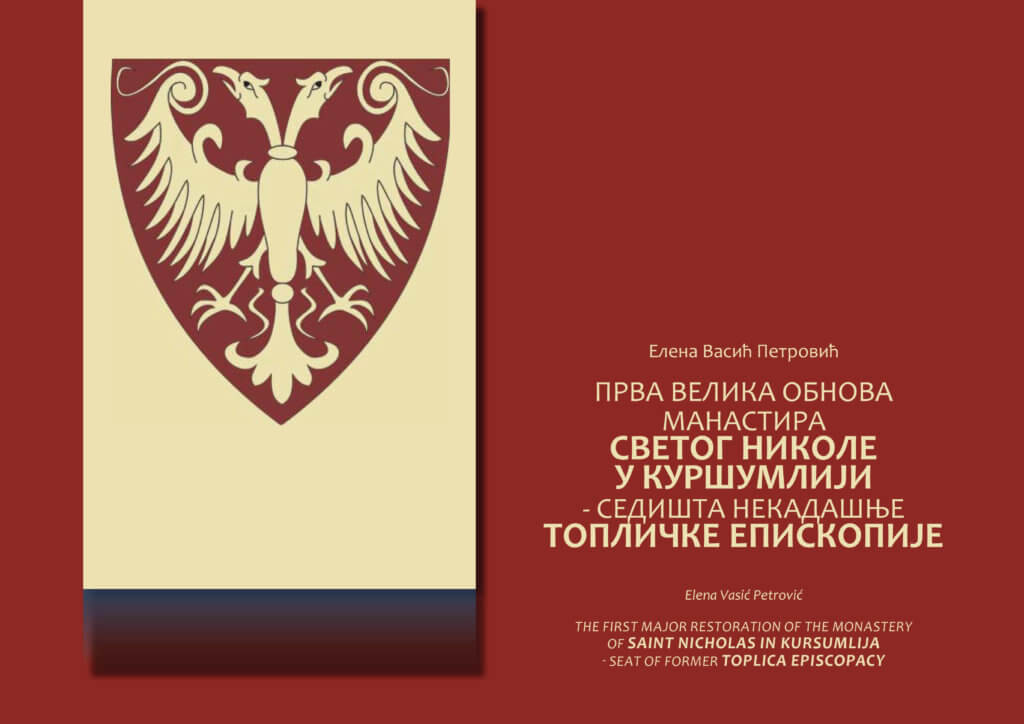 Stefan Nemanja, the founder of the Serbian dynasty Nemanjić and also of Serbian medieval state, in the XII century, has built two monasteries in todays Kuršumlija, which in the Middle Ages, probably thanks to those churches and their “lead roofs”, was named White Churches. He is certainly one of the most important Serbian rulers and at the same time one of the founders of the Serbian Orthodox Church, which celebrates him as St.Simeon.

Monastery with the church dedicated to St.Nicholas is located on an elevated plateau north of the mouth of Banjska and Toplica river, while the monastery of Holy Virgin is located downstream, to the east, closer to where Kosanica fl ows into the Toplica river. 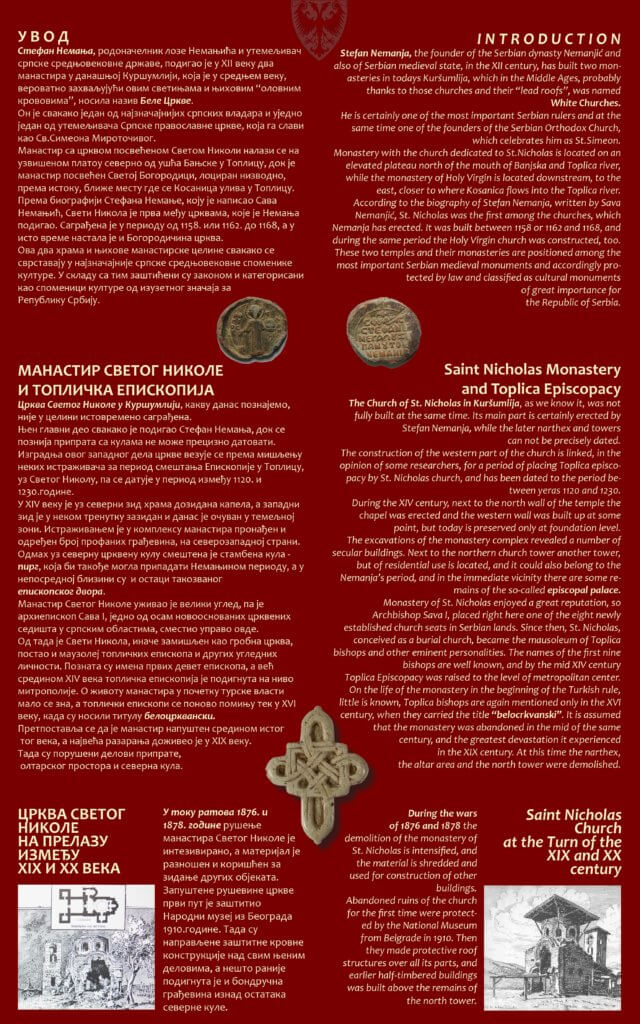 According to the biography of Stefan Nemanja, written by Sava Nemanjić, St. Nicholas was the fi rst among the churches, which Nemanja has erected. It was built between 1158 or 1162 and 1168, and during the same period the Holy Virgin church was constructed, too. 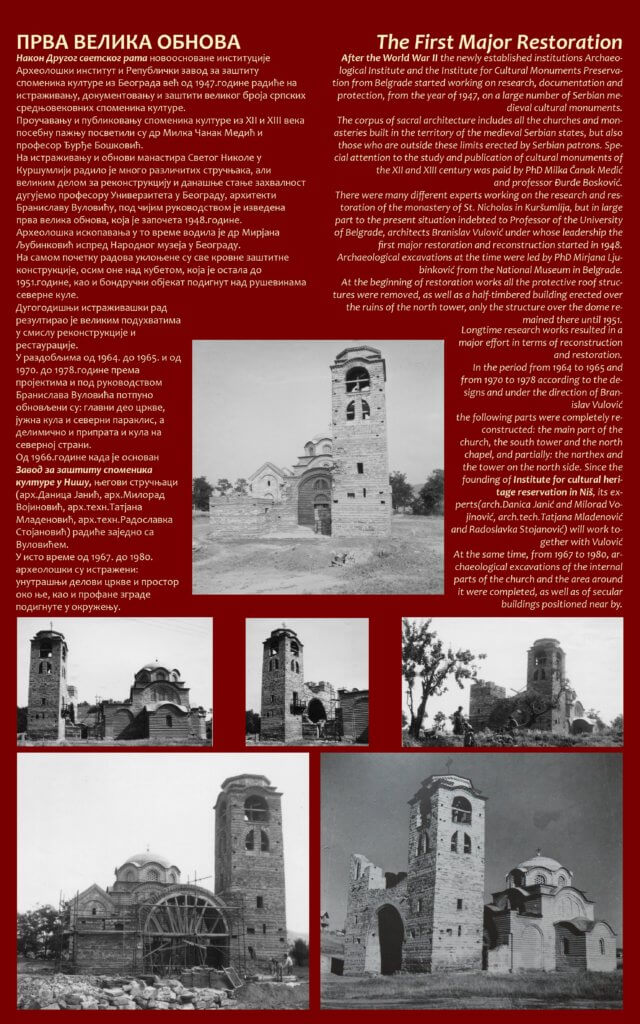 These two temples and their monasteries are positioned among the most important Serbian medieval monuments and accordingly protected by lawand classified as cultural monuments of great importance for the Republic of Serbia. 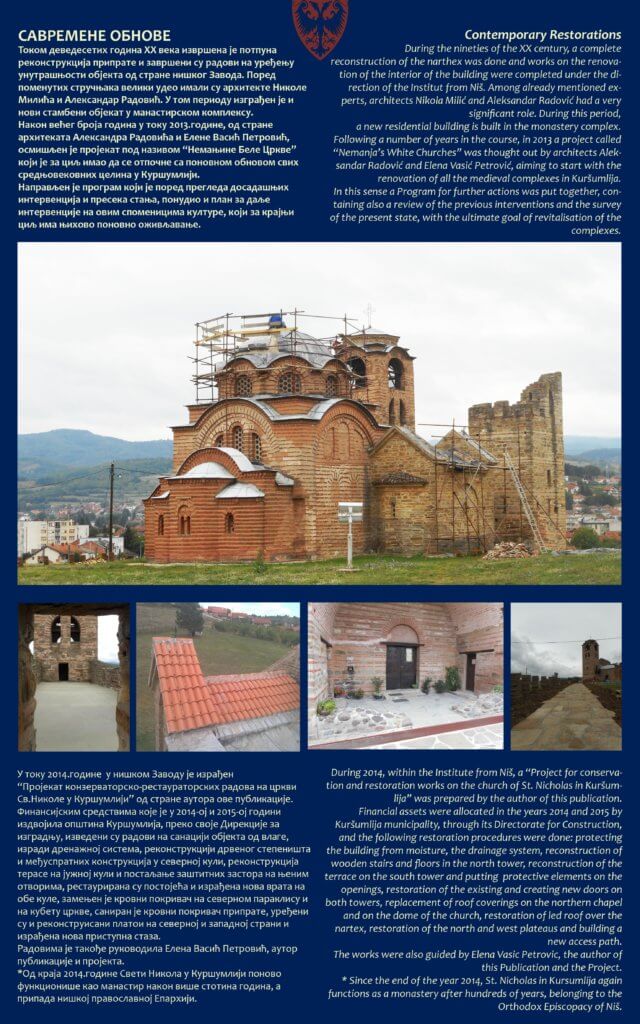